The Union County Democratic Committee is “Where People Come First.” This is more than a slogan: it’s why we do what we do. We work for good government to improve the lives of real people.

We believe that in finding the best solutions for everyone, we will gain the enthusiastic support of voters needed to enact those changes. We believe in a process of openness and inclusion and do our best to make decisions based upon facts, not fear. 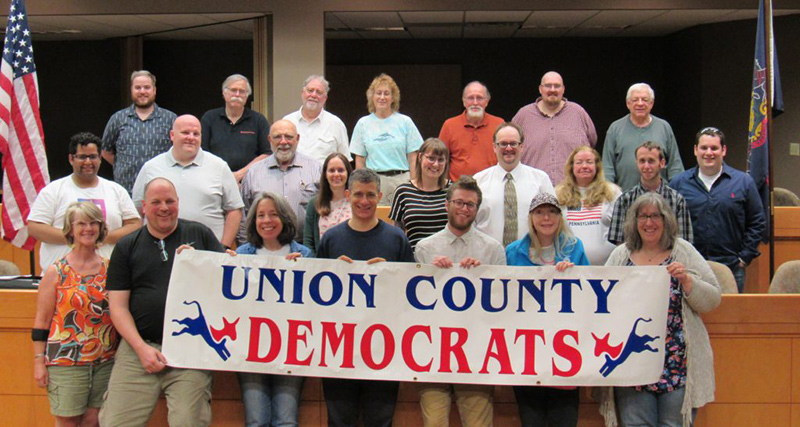 In pursuit of putting the people first, the Union County Democratic Committee works to advance the ideals expressed in the platforms of the National and State Democratic Parties, including:

While this list is not all-inclusive, it does express our intent to focus on goals that live up to our motto. We believe these are basic rights that should be guaranteed to ALL Americans when “The People Come First.”

We invite all Democrats interested in finding out more about UCDC to attend our meetings. We normally meet at 7:00 on the 3rd Monday of each month at the Union County Government Center on North 15th Street in Lewisburg.